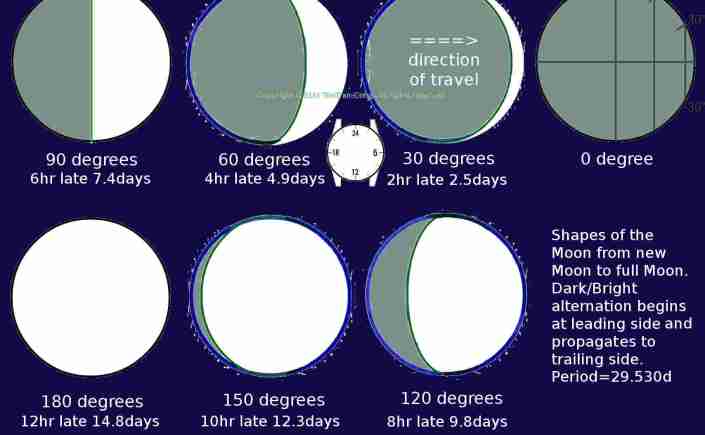 Finding North direction and time using the hidden Sun via the Moon.

Finding North direction from the Moon cannot not be as accurate as from the Sun. There are many causes for this:
1/- The Moon does not always rise on the principal East (at 90 degree of the compass rose).
2/- We cannot work out by heart the Moon’s declination (up to +/- 5.1 degrees to the ecliptic, and 23.5+5.1 degrees to the Celestial equator ).
3/- We cannot easily work out when the Moon reaches its highest elevation angle at its meridian time. The Moon does not often cast strong shadows for shadow sticks to work.
Here I describe my new method to find out North direction and time with improved accuracy. The method uses shape and position of the Moon, solar declination and user latitude to work out the position of the hidden Sun, then work out North direction and approximate local time with an accuracy of 30 minutes. Literally, the user can work out North direction and the local time with his bare hands.
I have field tested this method and I have relied on it for many years.

1. Basic information on the Moon for navigation.

Figure 1: Moon phase chart. Figure 2: A crescent Moon may not align itself to the terrestrial East or West horizon points (see texts).

The Moon is a satellite of the earth. Everyday Moon-rise and Moon-set time is retarded by about 50 minutes. This allows the Sun to travel further on its journey every subsequent night. Therefore after full moon the partial bright side stays on the East (trailing) side and dark crescent appears on the West and dark area gets fatter daily until the whole moon is dark. Similarly, from new Moon a bright crescent appears on the West and grows fatter and bright area gets fatter daily until full Moon is reached. However the bright and dark sides of a partial Moon rarely point accurately to East or West directions.

Each Lunar (Moon) cycle begins with the Moon being visible as a thin bright arc in the sky (called a New Moon), trailing the Sun by less than one hour. After Sunset this thin Moon is seen bright on the West until it sets. On subsequent days, the Moon is more and more behind the Sun, its position shifts gradually towards the East and the Moon remains for longer and longer duration in the night sky till full Moon day. After full Moon day, the Moon (now called a Late Moon) becomes thinner and thinner and is seen risen in the East in the night, it remains visible in the sky after Sunrise, and travels ahead of the Sun. On subsequent days, its lead on the Sun gradually reduces. Near the end of the cycle, the Moon is visible as only a thin bright arc rising in the East for less than one hour before Sunrise and after Sunrise it can still be seen leading the Sun by that same amount of time. At the end of the Lunar cycle, the Moon sends no reflection of Sunlight to Earth and is too close to the Sun to be visible in the day sky.

Keeping diaries of past days of full and new Moon helps people know where their time is in the current cycle, and so they know whether the leading (West) side of the Moon should be bright (new to full Moon) or dark (full to new Moon). Fortunately, the users of my method described here do not have to refer to any such records of the Moon.

It is interesting to note that Buddhist East Asians use lunar calendars and observe fasting at new and full Moon. From their calendar and their fasting festivals , they already know whether the Moon is waxing or waning. This may help explaining why they are good at finding North direction using the Moon.

CAUTION 1: The bright to dark line of the partial Moon can point far away from the terrestrial principal East or West directions.

CAUTION 2: The horn line of the partial Moon can point far away from the terrestrial principal North or South directions.

The various shapes of the Moon under various angles of lighting by the Sun are given in the illustration picture. The Moon goes through this cycle every 29.5 days. The picture is drawn for the principal values of the angle of Moon-Earth-Sun. The picture allows determination of the direction of the Sun from the shape of the Moon.
The angle Moon-Earth-Sun will be more accurately known if the navigator is in the habit of directly measuring and recording it before Sunset (few hours earlier) whenever the Moon is seen during day light.

3: Direction of the Sun from the Moon

The line joining the two horns of the Moon is always at right angle to the plane of Sun, Earth and the Moon. Draw a half-line from you to the Moon and extending far past the Moon. Imagine the Sun is at the far end of this half-line. Swing this half-line in the direction of the bright side (at right angle to the line joining the two horns) of the Moon to have the angle of Moon, Earth and Sun giving a matching shape for the brightened part of the Moon. The half-line then gives the direction of the Sun.
Alternatively, you can think of placing a sphere between you and the Moon, and a torch is is used to shine on the sphere and the torch is placed in various directions until it gives a partially brightened sphere similar to the current Moon shape. 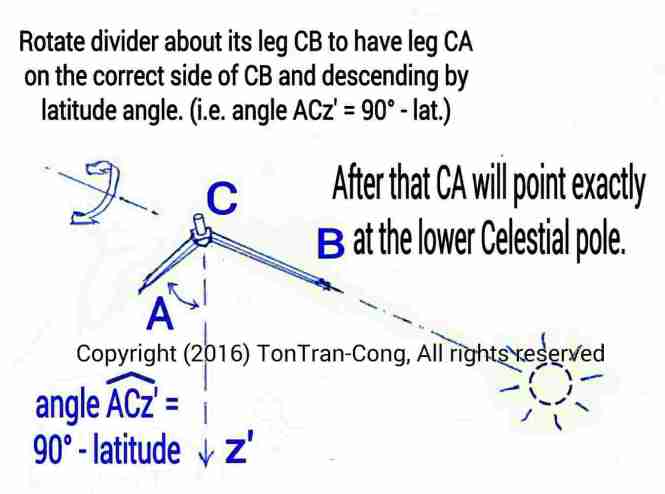 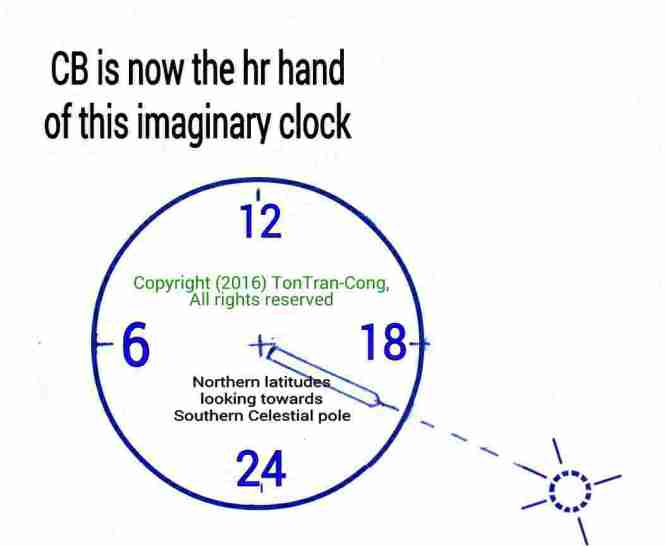 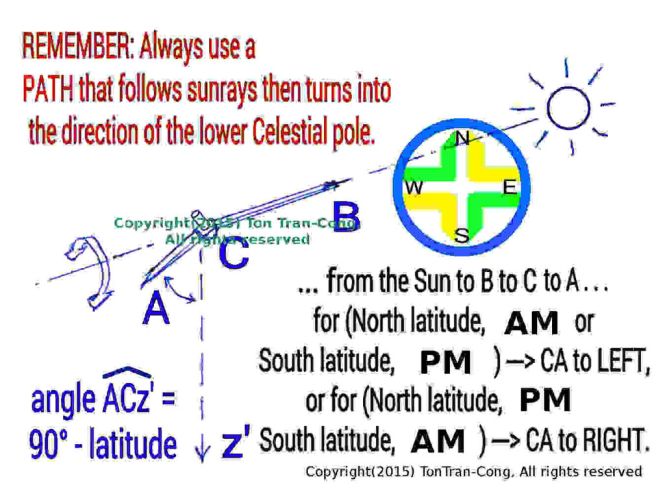 I have tested and found that this method gives direction accurately and easily. The additional benefit is that it also gives approximate time.

Reference
[1]. tonytran2015, Finding North direction and time using the Sun and a divider, http://www.survivaltricks.wordpress.com/, 06 May 2015.

Finding North direction and time accurately from the horn line of the Moon. posted on August 12, 2015. This is my novel technique. 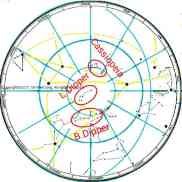