Method for finding accurate directions by a common analogue watch.

This method uses a common 12-hour watch with analogue face for finding directions. Unlike the traditional method of using the hour hand of a flat lying watch, my method uses a watch tilted from the vertical and gives better accuracy for both North and South hemispheres including tropical zones. When applied to the arctic and antarctic regions, the watch is tilted by more than 67 degrees and lies almost flat on the ground; it becomes the traditional method using flat lying watch.
This method use the position of the Sun, time and known latitude angle to determine directions and Sun declination (therefore estimation of current month of the year).
The method for Northern latitudes is described below.

The red line is the bisector. The line CB is drawn on a card representing the half-plane to enable accurate alignment to the Sun 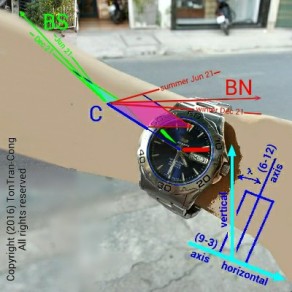 Red hand is the bisector of 0 hr direction and the hour hand; green hand is the reflection of red hand across the (6-12) axis.

Extension application for both hemispheres.

Figure: Summary of finding North by a watch.

Caution in finding North by bisector line of a horizontal watch. Posted on October 28, 2015 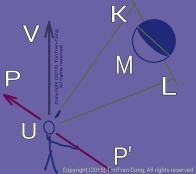 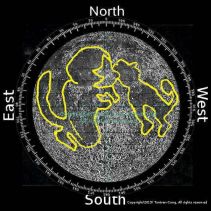 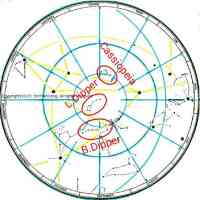 2 thoughts on “Finding accurate direction by a watch”