France had NOT given to China Paracel and Spratly Islands.

You are welcome to reblog this article in full and disseminate it widely.

The dispute in the South East Asian sea is causing high tension and people want to know how had such a dispute arise and why had China used military force to capture some islands from the Republic of Vietnam in 1972 and then some more islands from the Socialist Republic of Vietnam. (China justification had been reflected in a Wikipedia entry: Battle of the Paracel Islands, https://en.wikipedia.org/wiki/Battle_of_the_Paracel_Islands ).
This blog gives an assesment of Chinese justification for its capturing of these islands.

There are groups of islands named Hoang Sa and Truong Sa that have been administered and economically exploited by Vietnamese at least since the time of Vietnamese King Lê Thánh Tông (1460 – 1497).

Under the reign of King Minh Mang, the improvement of boatbuilding technology for seafarers has been carried out extensively. Not only increased the number, but the king also increased the type of boat. According to the Book of Indescribable Dignitaries, in the Year of the Rat (1828), the King set the class of boats (setting the number of boats to be closed) in the locality.

The marine regulations were also improved by Minh Mạng, he set size and style for each class of boats, united in the whole country to the boat workshops according to that standard that closed. In particular, King Minh Mang had built a boat of copper and steamboat in the French model.

Minh Mang’s special interest in shipbuilding not only serves the purpose of economy, trade and technology development, but also builds a powerful navy with great strength and capability in Setting up and protect the sovereignty of sea islands. Even in 1839 he ordered references to Western documents to compile books on naval warfare, naval maps then for soldiers to practice and practice.

Following the implementation of the sovereignty of Hoang Sa, Truong Sa from Gia Long, under the Minh Mang reign, the ships patrolling and surveying the Hoang Sa will be carried out in the spring. . According to different documents, this activity was carried out within 6 months, despite the year due to rain and wind, the storm had to go back, but the mission of the boat remains unchanged.

In addition to the exploitation, the sea guard, Minh Mang also conducted the construction of places of worship (pagodas, shrines), planting trees, building columns, sovereigns in some islands in the year (At Mui (1835), Binh Than (1836)).

Apart from activities to protect sovereignty and exploitation of marine resources, King Minh Mang ordered the navy to rescue and assist the ships of any country in distress in the waters of Vietnam. As in the year of Bân Than (1836), a British merchant ship hit the Hoang Sa, rescued more than 90 people to bring food and water to the coast of Binh Dinh to give them back home.

These showed that Emperor Minh Mang not only inherited but also developed sea strategy of the previous dynasty to a new height, affirming the national strength in the South China Sea, further strengthening the position and sovereignty in the islands in general and Hoang Sa, Truong Sa archipelago in particular. It shows that the sacred land in the East Sea is eternally Vietnamese.

[1]. External Sources, the sources are not mentioned at present to protect their websites and authors.

These facts are also backed up by the following study

This de facto sovereignty over the Truong Sa chain is confirmed by European sources. Portuguese and Dutch maps drawn by navigators in the early 17th century identify the islands as Vietnamese.[20] It is important to note, however, that these early maps identify the islands as the Pracel or Parcel archipelago and locate them “in the middle of the East Sea, East [sic] of Vietnam, off the Vietnamese coastal islands.”[21] According to Vietnam, the apparent error in
positioning the islands was due to the relatively primitive scientific and navigational technology of the time. In addition, the Europeans grouped both the Truong Sa and Hoang Sa archipelagoes together into a single island chain called the Paracels.

The Wikipedia entries on Paracel and Spratly Islands

contain statement giving the FALSE impression that France had given the Paracel and Spratly groups of islands to China in 1884.

That entry gave the FALSE impression that French Empire had given the Paracels and Spratly Islands to China and is TOTALLY BASELESS.

China first asserted sovereignty in the modern sense to the South China Sea’s islands when it formally objected to France’s efforts to incorporate them into French Indochina during the Sino-French War (1884–1885). Initially, France recognized Qing China’s sovereignty over the Paracel and Spratly archipelagos, in exchange for Chinese recognition of Vietnam as a French territory. Chinese maps since then have consistently shown China’s claims, first as a solid and then as a dashed line.

3. Rejection of a false claim on territorial exchange/concession.

To claim that the Islands had been given to China, there are two requirements

a- Possession the Islands by the donor at that time of 1884: France has never possessed the Islands.

b- There must be substantiated records of the exchange/concession.

4. Had the French Empire got good ownership of the Islands ? No.

According to the treaty of Hue (1884) France guaranteed the integrity of Vietnam.

Article 15. France undertakes to guarantee henceforth the integrity of the realms of His Majesty the King of Annam, and to defend this Sovereign against all external aggression and internal rebellion. To this effect, the French authorities may station troops at whatever points in the territory of Annam and Tonkin they judge necessary for the effective functioning of the protectorate.

So France had no territory to give to China.

According to the Harmand treaty (1883) [5] which was not ratified by the French Parliament and its updated Patenotre treaty (1884) [4], there were no ceding of any Vietnamese Islands to France.

Article 15. France undertakes to guarantee henceforth the integrity of the realms of His Majesty the King of Annam, and to defend this Sovereign against all external aggression and internal rebellion. To this effect, the French authorities may station troops at whatever points in the territory of Annam and Tonkin they judge necessary for the effective functioning of the protectorate.

In the event of a dispute, the French text shall prevail.

So France had nothing to give to China.

So regardless of whatever treaty between China and any other country, as may have been claimed by Quin Dynasty, the sovereign of the Island still belong to the Vietnamese king and any claim by China has no standing.

5. The cited Tientsin Accord has nothing on any territorial concession/exchange between France and China.

The following quote in bold is the part giving FALSE information

The Tientsin Accord, concluded on 11 May 1884, provided for Chinese recognition of the French protectorate over Annam and Tonkin and withdrawal of Chinese troops from Tonkin, in return for a comprehensive treaty that would settle details of trade and commerce between France and China and provide for the demarcation of its disputed border with Vietnam.[ Thomazi, A., La conquête de l’Indochine (Paris, 1934) 189–92]

On 6 June the French followed up their accord with China by concluding a fresh Treaty of Huế with the Vietnamese, which established a French protectorate over both Annam and Tonkin and allowed the French to station troops at strategic points in Vietnamese territory and to install residents in the main towns.

Someone please provide more details on those pages of that book!

Vietnam and France claimed no Islands have been given to China. To prove the point, France has declared its control over the Islands in 1932.

In 1932, one year after the Japanese Empire invaded northeast China, France formally claimed both the Paracel and Spratly Islands; China and Japan both protested. In 1933, France bolstered their claim and seized the Paracels and Spratlys, announced their annexation, formally included them in French Indochina. They built several weather stations on them, but they did not disturb the numerous Chinese fishermen found there.

Indeed the entirety of the Tientsin Accord is printed below and readers can see that all claims that France has given the Islands to China are baseless.

Text of the accord (original French)

The original French text of the accord, in five articles, is given below. English Translation is also available from same source [6]

So all claims on possession by succession by China are unsubstantiated !

Please note the statements from the Wikipedia [3] entry

In 1933, France bolstered their claim and seized the Paracels and Spratlys, announced their annexation, formally included them in French Indochina. They built several weather stations on them, but they did not disturb the numerous Chinese fishermen found there.

The statements presuppose that the Islands did not belong to Vietnam prior to 1933, a FALSE fact that has been used to reinforce another FALSE information.

6. How had China obtained some islands after WW2.

In 1945, in accordance with the Cairo and Potsdam Declarations and with American help, the armed forces of the Republic of China government at Nanjing accepted the surrender of the Japanese garrisons in Taiwan, including the Paracel and Spratly Islands. Nanjing then declared both archipelagoes to be part of Guangdong Province. In 1946 it established garrisons on both Woody (now Yongxing / 永兴) Island in the Paracels and Taiping Island in the Spratlys. France promptly protested. The French tried but failed to dislodge Chinese nationalist troops from Yongxing Island (the only habitable island in the Paracels), but were able to establish a small camp on Pattle (now Shanhu / 珊瑚) Island in the southwestern part of the archipelago.

In 1950, after the Chinese nationalists were driven from Hainan by the People’s Liberation Army (PLA), they withdrew their garrisons in both the Paracels and Spratlys to Taiwan. In 1954 France ceased to be a factor when it accepted the independence of both South and North Vietnam and withdrew from Indochina.

China has no basis to claim the Paracel and Spratly groups of Islands on possession by succession.

The trick of using fake documentation, fake evidence to cause irreversible damage to opponents had been known for thousands of years in China and many such cases had been recorded in Chinese history. The trick is also applied by propagandists in all countries [7]. The current case of some Wikipedia entries had been manipulated is just an application of it in modern time.

[1]. External Sources, the sources are not mentioned at present to protect their websites and authors.

We could review their view about this interesting matter.

Firstly, Vietnam before being recognized fully independence through the Geveva accord 1954, Technically, Vietnam was still under the French Indochina and belonged to the French Union.

In 1933[2] , France formally annexed Paracel islands[3] and Spratly[4] islands into the French Indochina territory without the Chinese protest. 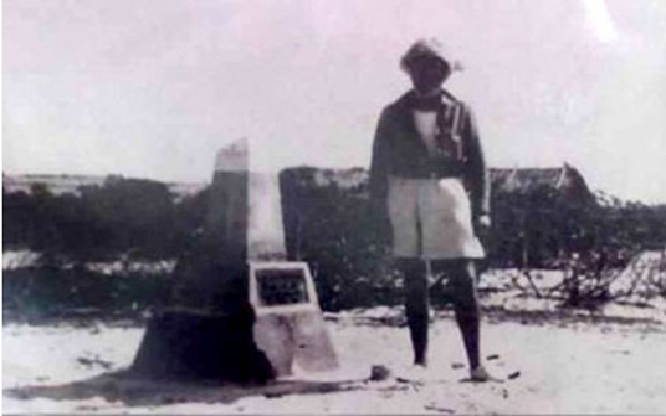 In 1945, Vietnam declared independence[5] and established the Democratic Republic of Vietnam.

In 1946, Vietnam and France signed the temporary agreement that France recognized that Vietnam including three regions Annam, Tokin, and Cocochina belonged to the French Union[6] .

In 1954, France agreed to recognize/transfer back formally independence and sovereignty and integrity of Vietnam through the Geneva 1954 accord about ending the war and restoring peace in Indochina[7] and the Declaration of the final Geneva conference 1954[8] . 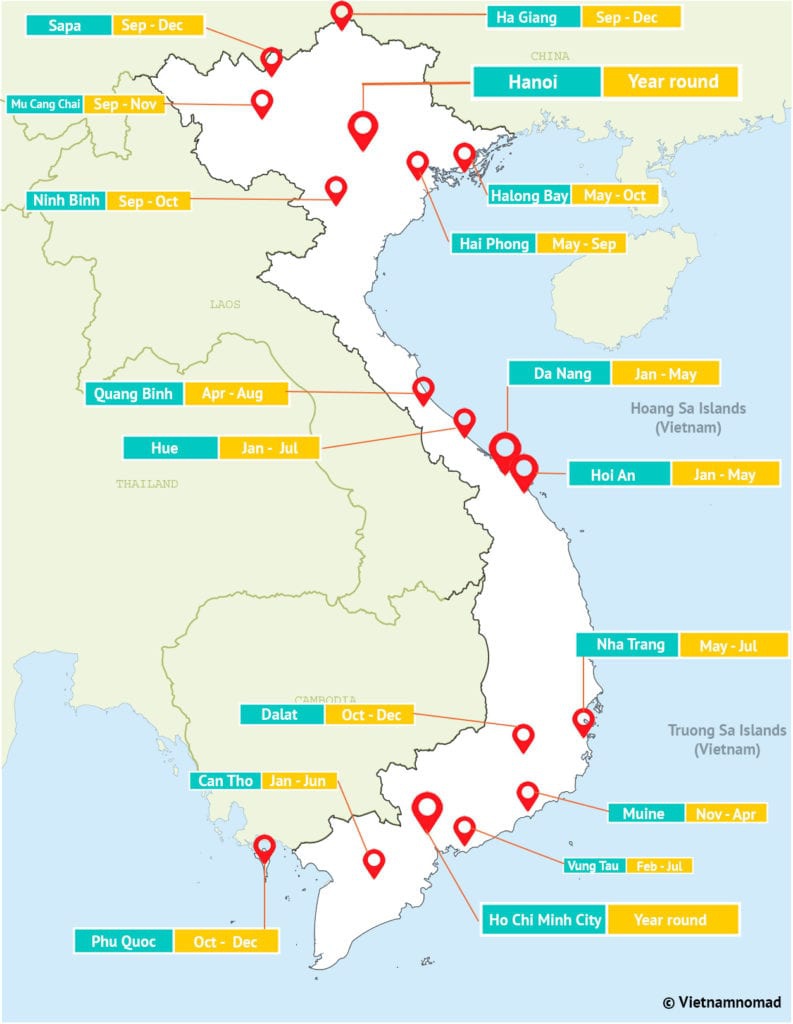 It means that France officially handed over not only Inland Vietnam but also both Paracel Island and Spratly Island back to the Vietnamese. And in fact, all of the Vietnamese states including the South Vietnam regime also claim their sovereignty over both archipelagoes es above.

Secondly, China formally and publicly together with France, the Soviet Union recognized and supported the Sovereignty of Vietnam over both archipelagos on the South China Sea by signing The Final Declaration of The Geneva Conference: On Restoring Peace in Indochina, July 21, 1954.

The deceivers in democracies: Beware of the propagandists

Immigration is the heroine of politicians

In praise of the PM: Controlling who comes to Australia,