The Dutch government has apologized for a past law requiring
that transgender people be sterilized to legally change their gender.
The law existed until 2014, and similar laws are still on the books in
some European countries.
“Nobody should have experienced what you went through. I am truly sorry that it happened,” Minister for Education, Culture and Science Ingrid van Engelshoven said in The Hague on Saturday. “Standards
about what a body should look like do not belong in a law and a law
should never force people to undergo an operation,” she added. “And today I make our deeply sincere apologies for this on behalf of the full Cabinet.” 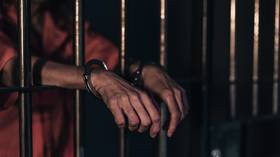 Between 1985 and 2014, the Netherlands allowed citizens to legally
change their gender, provided they undergo genital surgery and are left
sterile afterwards. The law was scrapped under pressure from LGBT
activists, including Human Rights Watch, which described it as “needlessly traumatizing.”

Now, a psychological evaluation is all that is required to legally change one’s gender in the Netherlands.

Some 420 people claim to have been victimized by the law, AP reported.
They have been offered 5,000 euro ($5,650) in compensation, an amount
that activists at Transgender Network Nederland argue is too low.

The
European Court of Human rights banned such sterilization laws in 2017,
by which time they still existed on the books in 22 of the 47 countries
that were party to the European Convention.

The court’s ruling
did not mandate that these states change their laws, but established a
legal precedent for court cases on the matter at national level. At
present, sterilization laws still exist in Czechia, Finland, Latvia, Slovakia, and nine other countries covered by the 2017 ruling.