Russian propagandists are describing
today’s missile attack on the residential areas of Kyiv as ‘staged’, as
they cannot justify them.
The relevant statement was made by the Center for Countering
Disinformation (CCD) at the Ukrainian National Security and Defense
Council (NSDC) on Telegram, an Ukrinform correspondent reports.

“Russian ‘journalists’ are describing today’s missile strike on the
apartment block in Kyiv as ‘intentionally staged by the Kyiv regime to
create the right image for the West in order to request more weapons’,”
the report states.

According to the CCD, Russian ‘military reporters’ and propagandists
follow a well-organized scheme: propagandists report on the future
shelling of a certain position by the Ukrainian military; Russian troops
fire at this position in a week or so; Russian ‘military reporters’ and
‘journalists’ write articles and film video materials, referring to
their previous reports on the upcoming strikes.

At the same time, rashists call anything that they cannot explain logically as ‘staged’.

The CCD stressed that the enemy is well prepared and had been brainwashing the Russian people for many years. 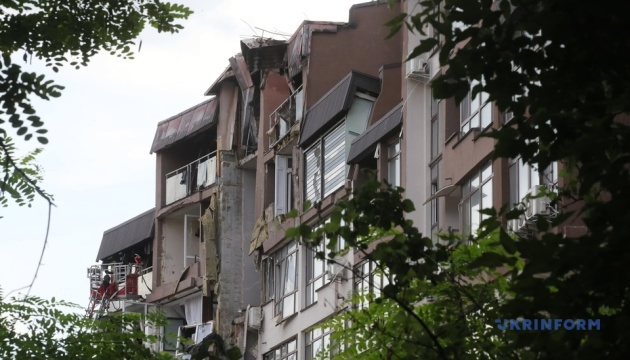 A reminder that, in the morning of June 26, 2022, the Russian
military launched missile strikes on Kyiv’s Shevchenkivskyi District. A
9-storey apartment block was hit with the Russian missile. One civilian
was killed and six injured. Four of them, including a 7-year-old girl,
were taken to hospital.