Russia has completely halted gas supplies to Europe via a major pipeline, saying repairs are needed…

Baykar Makina, a Turkish manufacturer of
combat drones, presented at the TEKNOFEST KARADENİZ exhibition in Samsun
on August 30 a prototype of the Bayraktar Kızılelma (Red Apple) strike
jet unmanned aerial vehicle.
This was reported by the Turkish news agency Anadolu and a number of specialized media outlets, according to Ukrinform.

The producer’s technical chief Selcuk Bayraktar told the Turkish
media that the new UAV was equipped with a jet engine and the
highest-end control sensors. It is capable of “aggressive maneuvering”
and boasts artificial intelligence.

The
drone is intended to be manufactured including at the factory that
Baykar Makina is set to build in Ukraine. Kizilelma’s maiden flight is
scheduled for 2023.

The Ukrainian decoys are made out of wood but can be
indistinguishable from an artillery battery through the lens of Russian
drones, which transmit their locations to naval cruise missile carriers
in the Black Sea, the report said.

A senior Ukrainian official who spoke to The Washington Post on the
condition of anonymity said that after a few weeks in the field, the
decoys drew at least 10 Kalibr cruise missiles, an initial success that
led Ukraine to expand the production of the replicas for broader use.

“If the Russians think they hit a HIMARS, they will claim they hit a
HIMARS,” said George Barros, a military researcher at the Institute for
the Study of War, a Washington think tank. “Russian forces very well may
be overstating their battle damage assessments after hitting HIMAR
decoys.”

“They’ve claimed to have hit more HIMARS than we have even sent,” one U.S. diplomat observed.

“We are aware of these latest claims by Minister Shoigu, and they are
again patently false,” said Todd Breasseale, the Pentagon’s acting
spokesman. “What is happening, however, is that the Ukrainians are
employing with devastating accuracy and effectiveness each of the fully
accounted for precision missile systems.”

…Our biggest problem is that we’re still trying to play by the rules, they have no rules..

The enemy is forming large convoys of
military vehicles in Crimea and sending them towards the Kherson region,
with Ukrainian forces striking bridges so that this equipment does not
get closer to the front line.
Serhii Khlan, a deputy of the Kherson Regional Council, said this in a Facebook post, Ukrinform reports.

“The Russians are forming large columns of equipment in Crimea and
sending them towards the temporarily occupied Kherson region. It is
important to make sure that this equipment is not moved to the front
line. And here we are watching – strikes on the Antonivka Bridge again,”
he said.

In a comment to Ukraine’s Channel 24, he noted that it is very
important to “adjust” transport routes so that this equipment is not
transferred to the right bank of the Dnipro River. “And let the columns
only appear in the field of view of HIMARS and the occupiers will have
another Brylivka,” Khlan wrote

On the morning of August 30, Russian troops
shelled the central quarters of Kharkiv using a Pion self-propelled
heavy artillery system.
Dmytro Chubenko, a spokesperson for the Kharkiv Regional Prosecutor’s Office, told this to Ukrinform.

“The shelling of Kharkiv was conducted with a Pion self-propelled 203mm heavy artillery,” Chubenko said.

He clarified the previous information provided by Kharkiv Mayor Ihor Terekhov regarding the five dead.

“There are only four dead. Two people died in a public recreational
area, two – on Kultury street near a multi-storey residential building.
Another 11 people were injured,” the spokesperson said. 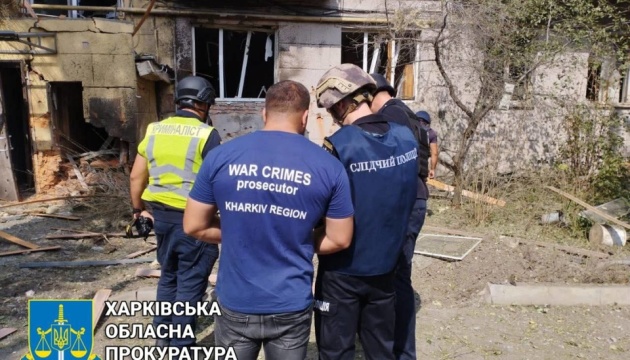 Pion is a Soviet self-propelled 203mm heavy artillery. Its range is
up to 47 kilometers. Kharkiv was shelled from such guns on May 26. At
that time, eight people died, including a 5-month-old baby. About 20
more people were injured.

As reported, Russian troops shelled the central part of Kharkiv
around 10:00, hitting, in particular, park recreational areas. As a
result of the shelling, a fire broke out in one of the residential
buildings. As of 11:00, Kharkiv Mayor Ihor Terekhov reported about five
dead and seven wounded.

…Trevor N. Dupuy, a noted American military analyst, US Army Colonel,
and author of numerous books and articles, studied the comparative
performance of the soldiers of World War II. On average, he concluded,
100 German soldiers were the equivalent of 120 American, British or
French soldiers, or 200 Soviet soldiers. “On a man for man basis,” Dupuy
wrote, “German ground soldiers consistently inflicted casualties at
about a 50 percent higher rate than they incurred from the opposing
British and American troops under all circumstances [emphasis in
original]. This was true when they were attacking and when they were
defending, when they had a local numerical superiority and when, as was
usually the case, they were outnumbered, when they had air superiority
and when they did not, when they won and when they lost.”

Another scholar who has written about this is Ben H. Shepherd, an
author of several books who teaches history at Glasgow Caledonian
University in Scotland. In a recent detailed work, Hitler’s Soldiers:
The German Army in the Third Reich, he dismantles the image of
“zombie-like obedience popularly ascribed to the German military.” In
fact, the Wehrmacht “stressed qualities such as flexibility, daring and
independent thinking,” and “Nazi ideology placed great importance upon
qualities such as courage, endurance, resourcefulness and strength of
character, as well as upon comradeship.” He also takes note of “the
stress that the German army placed on superior organization. At all
levels, the German army was more effectively organized than all the
opposing armies it faced …”

Looking at the 1940 campaign in France, Shepherd writes: “…

“New satellite imagery from this morning, August 29, 2022, of the
Zaporizhzhia nuclear power plant in Enerhodar, Ukraine,” the report
states…

…Rafael Grossi, director general of the International Atomic Energy Agency
(IAEA) said the team was expected to arrive at the plant later this week.

“We must protect the safety and security of Ukraine’s and Europe’s biggest nuclear facility,” he tweeted…