The resumption of Ukraine’s grain exports will begin from the port of Chornomorsk.
Ukraine’s Deputy Minister of Infrastructure, Yuriy Vaskov, stated this at a briefing at the Ukraine-Ukrinform Media Center.

“Within the 24 hours, we will
be ready to work on resuming exports of agricultural products from our
ports. We are talking about the port of Chornomorsk – it will be the
first. The next will be Odesa and then – the port of Pivdennyi,” he
said.

Vaskov noted that within two weeks, Ukraine would be technically ready to export agricultural products from all three ports.

“We hope that the first shipment will be made within this week,” Vaskov added.

As reported, on July 22, the agreement on exports of grain and other
foodstuffs from the Ukrainian ports was signed following a quadripartite
meeting in Istanbul between Ukraine, Turkey, the United Nations, and
Russia.

Ukraine’s Minister of Infrastructure Oleksandr Kubrakov stated that
despite Russia’s shelling of the Odesa port, Ukraine is preparing for
resuming grain exports.

Most people plant their gardens with little thought as to what plants grow well together. The secret to an amazing garden, though? Companion planting!

Companion planting not only takes nutrient uptake into consideration, but it also brings into account crop protection, pest management and positive hosting (aka. increasing the population of beneficial insects that will help manage your harmful pest population).

For this very reason I created an interactive companion planting chart that will help you plant the perfect garden (and maybe even make your neighbors a little jealous!). But before we get into that, we need to understand what companion planting is, and why it works so successfully!…

Russia not to blame for global food crisis – Putin

Russia is ready to aid in transporting Ukrainian
grain but the western sanctions make it impossible, the Russian
president has said 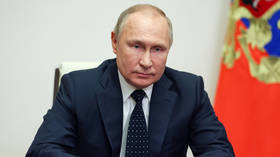 In a special TV interview on Friday evening, following
a meeting with African leaders in Sochi, Putin accused Western leaders
of trying “to shift the responsibility for what is happening in the world food market.”

The
root causes of the crisis lie with the US financial policies during the
Covid-19 pandemic and Europe’s over-reliance on renewables and
short-term gas contracts, which have led to price hikes and rising
inflation, Putin has said.

The unfavorable
situation on the world’s food market did not begin to take shape
yesterday, or even from the moment Russia launched the special military
operation in the Donbass and Ukraine.

“It
began to take shape as early as February 2020 in the process of
combating the consequences of the coronavirus pandemic,” he added. 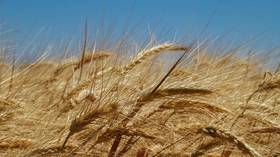 High gas prices, which came as a result of under-investment in the
traditional energy sector, have forced many fertilizer producers to shut
down their businesses because of unprofitability, the Russian president
has argued. Such developments have shrunk the fertilizer supply, which,
in turn, has sent the food prices up, he added.

Yet, instead of
making some real steps to remedy the situation, the western nations just
pin the blame on Moscow, Putin has said. The Russian president has
dismissed all claims that Moscow is preventing the Ukrainian grain from
being exported to other nations as a “bluff.” He has also said that Russia is ready to increase its own grain export up to 50 million tons.

Putin
has pointed to the fact that there are several ways to safely transport
the grain from the Ukrainian territory, including through Belarus – but
that would also require dropping western sanctions against Minsk. Putin
added that the Russian forces are about to finish de-mining the areas
of the Black Sea it controls to facilitate safe transfer of goods
through the Azov and Black Seas.

Development Minister Svenja Schulze has called on Russia to allow delivery of tens of thousands of tons of grain stuck in Ukrainian ports.
She also pledged Germany’s help in reconstruction.

I am often asked about how to control populations of slugs and earwigs in gardens without using the usual chemicals.

This is particularly important in food growing gardens as we do not want to have poisons in the food we are eating.

so if you are clean and tidy and there are no rotting plants available then they will do damage to your growing plants.

It’s no secret that, according to politicians and the corporate press, “food shortages” and a “food supply crises” have been on the way for a while now. They have been regularly predicted for several years.

What’s really strange is that despite its near-constant incipience, the food shortage never seems to actually arrive and is always blamed on something new.