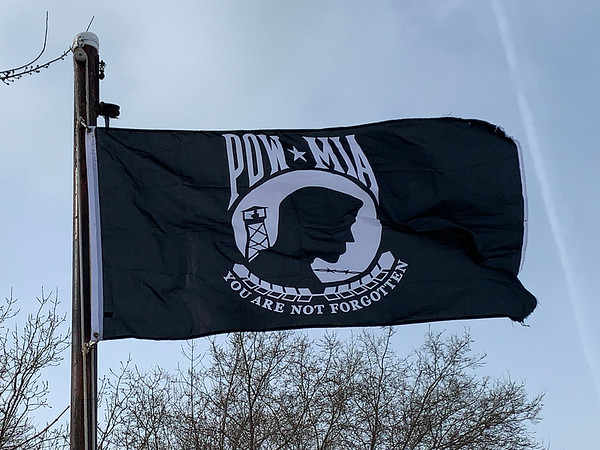 February 12, 1973 — Operation Homecoming was the return of 591 American prisoners of war (POWs) held by North Vietnam following the Paris Peace Accords that ended U.S. involvement in the Vietnam War.

The Anglo-American (British) Pilgrims Society generally triggers a war to suppress this kind of exposure of their evil underbelly (this is not hyperbole).

Unless we stop them, their next wars will evidently be fake pandemics and poison/pathogen-laden nanoparticles to attack our blood and immune systems via vaccines, chip implants, Tavistock-inspired mass mind control, and 5G mmWave wireless irradiation.

Spread this information as the antidote. Go inside the full story link to access the article with all of the hyperlinks activated. 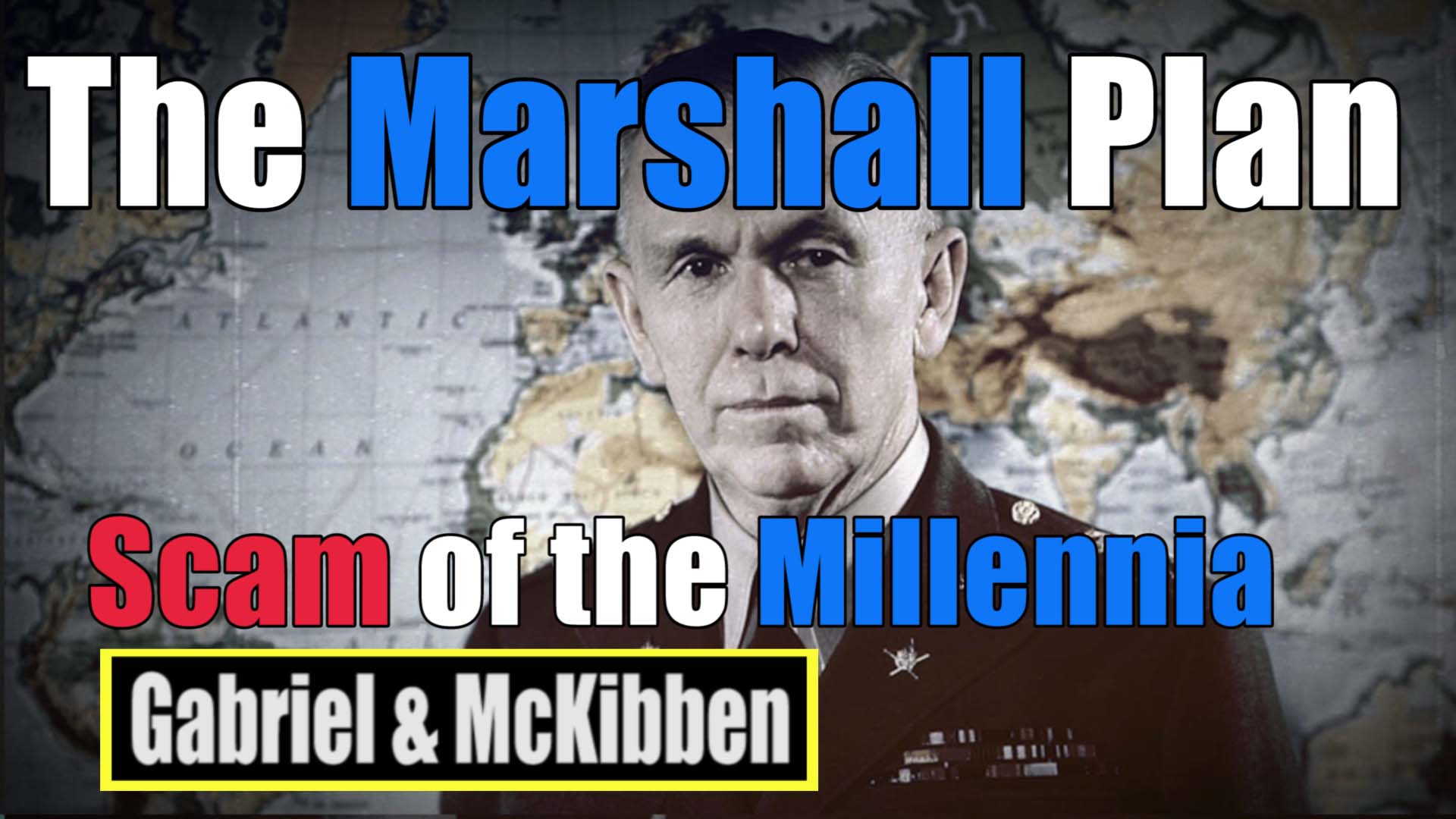 Raw audio file: https://aim4truth.org/wp-content/uploads/2020/07/The-Marshall-Plan-JP-Morgan-Scam-to-Steal-Gold-and-Silver.mp3. Note at the bottom of this posts, Douglas provides the links to the articles he refers to about silver rigging.

Newly-discovered Marshall Plan council member lists prove that in 1948, the Anglo-American (British) Pilgrims Society seized control of the Marshall Plan’s $15 billion ($165 billion today), and funded the post-war rogue C.I.A. with Marshall Plan funds via secret Swiss accounts based on the gold stolen by Nazis and Japanese deposits (they even called it the “Gold Pot”)—the criminal basis of secret Swiss bank accounts is now revealed

Hitler had sent Winston Churchill peace offers several times in 1940, proposing that Germany withdraw from occupied areas except for traditional German regions that were seized after World War I. Churchill should have accepted this offer, but he was an arrogant, selfish, bumbling, alcoholic, psychopath whose actions destroyed Europe and the British Empire.

Over 1,400 years later Khazarians are still proliferating unimaginable destruction, death and evil everywhere they go, only much worse than ever…

Many years of prior very stern warnings had been given by Russia and Persia with no changes by the Khazarians.

The reason for this final destruction of the Kingdom of Khazaria was that its rulers and its people ignored these warnings that were made jointly by Russia and Persia….

“This is where the archaeology that we write becomes so important in the present. … Without this type of work, we are contributing to the disenfranchisement of Indigenous peoples from their history.”…

In the end, Lulewicz said this is the most important part of the paper. “We are writing about real human lives — Indigenous lives that we have historically treated very poorly and who continue to be treated poorly today in some cases. With the use of advanced radiocarbon dating and the development of really high resolution chronologies, we are able to more effectively reinject lives into narratives of the past.”

There are many German/Austrian towns mentioned in history books that have faded away into dust, we try to find their names on a map but cannot: Brünn, since renamed “Brno,” is such a place.

via The Fate of German Civilians in Czechoslovakia: Brünner Todesmarsch and other Silent Memorials to jewish Instigated Genocide — Renegade Tribune

‘Honey, it’s like war. The president is a national security threat. If I don’t do it, we’ll be in a nuclear war very soon…matters were taken out of our hands a long time ago.’ – Roscoe White 11/21/63

‘Kennedy has been a pretty good president, but he has to die. He didn’t carry out his own orders. If I don’t carry out my orders, I’ll have to die, too.’-Roscoe White to his pastor, Jack Shaw, 1971

‘I was Mandarin, the man behind the stockade fence who fired two shots. ’ –Roscoe White’s diary

‘The diary said after my father shot the President he handed his 7.65 Mauser to the man standing beside him, hurled over the fence, took the film from the military man, whirled around the fence and went through the parking lot.’ –Ricky White, 1990

Government shills and ‘debunkers’ say that Roscoe White’s tale of shooting JFK, J.D. Tippit and functioning as a member of the JFK witness elimination program has been debunked, but this is not the case, and many facts remain unchallenged. These naïve/dishonest types hope that investigators might be fooled into ‘throwing the baby out with the bathwater’ here in Roscoe White’s case.

In the early 1990’s Sam Giancana’s memoirs were published in abook called Double Cross which named Roscoe White as Tippit’s killer. Some time earlier, a man named Ricky White came upon the scene with his tale of finding out that his deceased father had participated in the JFK assassination. Ricky White told the tale of finding his dead father’s diary and mementos which implicated his father, Roscoe White, in the dead man’s own words and handwriting. Ricky White went on to accuse the FBI of stealing the diary from him while they investigated the matter so that he could not present it to the public.

Sometime later, a dishonest JFK researcher named Joe H. West discovered that Ricky’s mother and Roscoe White’s widow, Geneva White, was in desperate need of money for her medical bills. Evidently, under the advice of Mr. West, Mrs. White concocted a bogus 2nd diary of Roscoe White in the hopes of financial gain. This work was revealed as a hoax shortly thereafter and was used to discredit Ricky White’s factual account of his father’s authentic diary thereafter. Ricky White played no part in the bogus 2nd diary scheme and actually pointed out that its weepy tone and handwriting were much different than the genuine diary of Roscoe White.

Nigel Jones reviews After the Reich: From the Liberation of Vienna to the Berlin Airlift by Giles MacDonogh.

MacDonogh argues that the months that followed May 1945 brought no
peace to the shattered skeleton of Hitler’s Reich, but suffering even
worse than the destruction wrought by the war. After the atrocities in
Europe, some degree of justified vengeance was inevitable, but the
appalling bestialities that MacDonogh documents so soberly went far
beyond that. The first 200 pages of his brave book are an almost
unbearable chronicle of human suffering.

His best estimate is that some three million Germans died
unnecessarily after the official end of hostilities. A million soldiers
vanished before they could creep back to the holes that had been their
homes. The majority of them died in Soviet captivity (of the 90,000 who
surrendered at Stalingrad, only 5,000 eventually came home) but,
shamingly, many thousands perished as prisoners of the Anglo-Americans.
Herded into cages along the Rhine, with no shelter and very little food,
they dropped like flies. Others, more fortunate, toiled as slave labour
in a score of Allied countries, often for years. Incredibly, some Germans were still being held in Russia as late as 1979.
The two million German civilians who died were largely the old, women
and children: victims of disease, cold, hunger, suicide – and mass murder.
Apart from the well-known repeated rape of virtually every girl and woman unlucky enough to be in the Soviet occupation zones, perhaps the most shocking outrage recorded by MacDonogh – for the first time in English – is the slaughter of a quarter of a million Sudeten Germans by
their vengeful Czech compatriots. The survivors of this ethnic cleansing, naked and shivering, were pitched across the border, never to return to their homes. Similar scenes were seen across Poland, Silesia
and East Prussia as age-old German communities were brutally expunged.

Comment by tonytran2015: The figure 6 million may even have arrived from documents from 1939:

Boston University’s director of the Elie Wiesel archive, Bar-Ilan University’s Institute of Holocaust Research historian Joel Rappel has discovered the origin of the infamous “6,000,000” number: a 1944 meeting of Zionist pioneering organizations in what is now known as the state of Israel.

For years, supporters of the Holocaust narrative have held that the number first appeared at the Nuremberg trials using highly discredited testimony by Auschwitz commandant Rudolf Hoss. The 6,000,000 figure was again repeated by Adolf Eichmann, who was kidnapped by the Mossad and forced to participate in an internationally televised 1962 show trial in Israel.

According to documents in the Central Zionist Archive, the first mention of the 6 million claim was at a meeting of high ranking Zionist political figures in Palestine on January 19th, 1944 — more than a year before the war in Europe ended and a census could be taken, and a year before the Red Army entered Auschwitz.

Comment by tonytran2015: A valuable source to many important historical facts.

…
Ok, so the first thing we should establish is when the first German laws were made that directly targeted Jews.

The first major law to curtail the rights of Jewish
citizens was the “Law for the Restoration of the Professional Civil
Service” of April 7, 1933, according to which Jewish and “politically
unreliable” civil servants and employees were to be excluded from state
service. 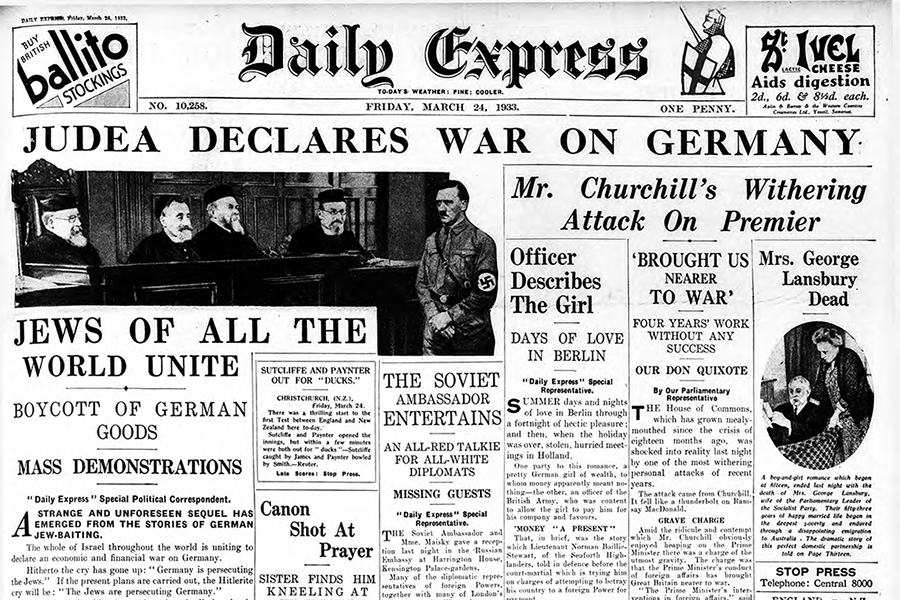 Next, establish when Judea declared war on Germany. As shown in the previous post, this was done as early as March 24, 1933, at least 2
weeks before any German laws were enacted. Plus there was this message
given by Bernard Lecache, President of the World Jewish League, in 1932:

Germany is our public enemy number one. It is our object to declare war without mercy against her.

So if nothing else, we can at least rule out that these boycotts were done as a direct response to German laws targeting Jewish people, since they were started before those German laws were even enacted. Not to
mention some Zionist groups in Germany opposed these boycotts. In any
case, things escalated when Germany decided to boycott Jewish goods in response. As you could imagine, things would only get worse from there.