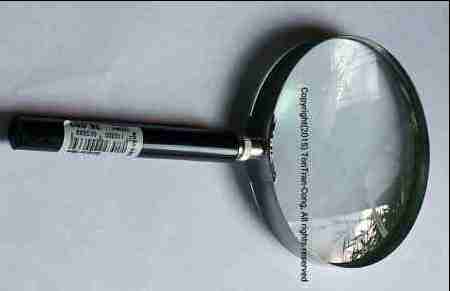 The deceivers in democracies: Beware of the propagandists.

The propagandists are people spreading their propaganda for their vested interest.

In our lives we always encounter them either as lowly conmen or as well disguised respectable debaters or laws makers. It is still possible to spot them if we know their method of work.

It is quite common now to see some propagandists disguised as journalists: They pose the questions but cut short any answer not supporting their agenda.

The best known man with his work on propaganda is Dr Joseph Goebbels with his quote “If you repeat a lie often enough, people will believe it, and you will even come to believe it yourself.” [2,3]

The deceivers in democracies: Beware of the propagandists.

1. The method of propagandists

They work following these steps, almost always in this given order.

a/- Spreading stories about some real cases of injustice to catch empathy.

b/- Enlarge and exaggerate the seriousness and the extent of the problems.

c/- Create a catchy phrase as their battle cry.

d/- Mobilize the mob with the catch cries.

e/- Demand restitution to the few cases of injustice using ambiguous laws in order to create the opposite kind of injustice.

f/- Labelling opponents to their movements with catch all, denigrating labels.

h/- Once they attain the control of power, they pass laws punishing any opponents using ambiguous laws on such catch all labels.

2. Success of their method in Stalin’s era.

a/- Spreading stories about some real cases of capitalist exploitation to catch empathy.

b/- Enlarge and exaggerate the seriousness and the extent of the problems of capitalism.

c/- Create a catchy phrase “Everyone is supplied to his needs and works to his ability” (ignoring human greediness and selfishness that makes people claims more than they need and gives less than they should), “World without borders” (Ignoring that Communist countries do have border conflicts [4,5]), “Workers of the world unite” (Ignoring that thirst for power makes movement leaders betray their own colleagues, as in the case of Stalin versus Trostsky), “What do we want -We want communism” as their battle cry.

d/- Mobilize the mob with the catch cries.

e/- Demand restitution to the few cases of injustice using ambiguos laws in order to create the opposite kind of injustice: Establishing Soviet Unions with all its problems .

f/- Labeling opponents to their movements with catch all, denigrating labels such as “Reactionary”, “Anti-revolutionary”.

h/- Once they attain the control of power, they pass laws against any opponents with such labels: Severe punishments have been handed out to reactionaries. Even Trotsky [4] got assassinated for being in Stalin’s way.

3. Successes of their method in similar movements.

Green movement is applying the method with catch cry “Save the Planet”. (They would be applauded if their Paris Agreements can force significant reduction in pollution AT THEIR SOURCES, not with the very broad brush against almost anything.), They call their opponents Climate Change Deniers” [G2] and penalizing their opponents with ineffective but disruptive AMBIGUOUS “Carbon taxes” [G1, G2, G3] and “pollution taxes”.

Black Rights Activists in South Africa is also applying the method with catch cry “Anti-apathy” and is applying “dispossession” against White descendant farmers [B1, B3].

LGBT is also applying the method with catch cry “equality for lesbian, gay, bisexual, transgender and intersex people” and their yearly Mardi Gras parades. LGBT members insist on going to toilets for the physiologically opposite sex (to prevent sexual assault) and calling any objector “discriminator against LGBT”.

The designers of Mass Immigration, Population Replacement label their objectors as Racists, Xenophobes, Cultural Imperialists, “ANTI-(fill your own)”.

We should all have heightened alertness against all people with such pattern of activities.

We would rather be too cautious than to become oppressed by them.

RULE 1: “Power is not only what you have, but what the enemy thinks you have.”…

RULE 2: “Never go outside the expertise of your people.”….

RULE 3: “Whenever possible, go outside the expertise of the enemy.”….

RULE 6: “A good tactic is one your people enjoy.”…

RULE 7: “A tactic that drags on too long becomes a drag.”…

RULE 9: “The threat is usually more terrifying than the thing itself.”…

RULE 10: “If you push a negative hard enough, it will push through and become a positive.”…

RULE 11: “The price of a successful attack is a constructive alternative.”…

RULE 12: Pick the target, freeze it, personalize it, and polarize it.”…

Eight new lights have been set up in the inner-north suburb of Braddon featuring both male and female same-sex couples. The lights function like any standard pedestrian crossing signal… The installation costs amounted to $5,500 with a considerable proportion involving setup costs.

Statistics on the percentage of the population that are homosexual and lesbian
…. “Number of homosexuals in Australia Nationwide statistics–1.2% of adults identify as homosexual or lesbian. * 1.6% of adult men identified as homosexual and 0.8% of women as lesbian. * 1.4% of women and 0.9% of men said they were bisexual. Source: The 2003 ‘Sex in Australia’ survey of 20,000 people, with a special weighting to Sydney’s homosexual centre. Conducted by the Australian Research Centre in Sex, Health & Society(ARCSHS) at La Trobe University. Published in Australian & NZ Journal of Public Health, Vol 27 No 2 2003 ISSN 1326 0200.” (saltshakers.org.au/issues/homosexuality/199-statistics-homosexuality)…

An astonishing 17 pupils at a single British school are in the process of changing gender…Most of the youngsters undergoing the transformation are autistic, according to a teacher there, who said vulnerable children with mental health problems were being ‘tricked’ into believing they are the wrong sex…Last night, Conservative MP David Davies said: ‘I congratulate this teacher for coming out and telling us what I have long suspected has been going on in schools. It is horrendous that children are being encouraged by other pupils to identify as transgender, particularly if they have autism.

19 thoughts on “The deceivers in democracies: Beware of the propagandists.”